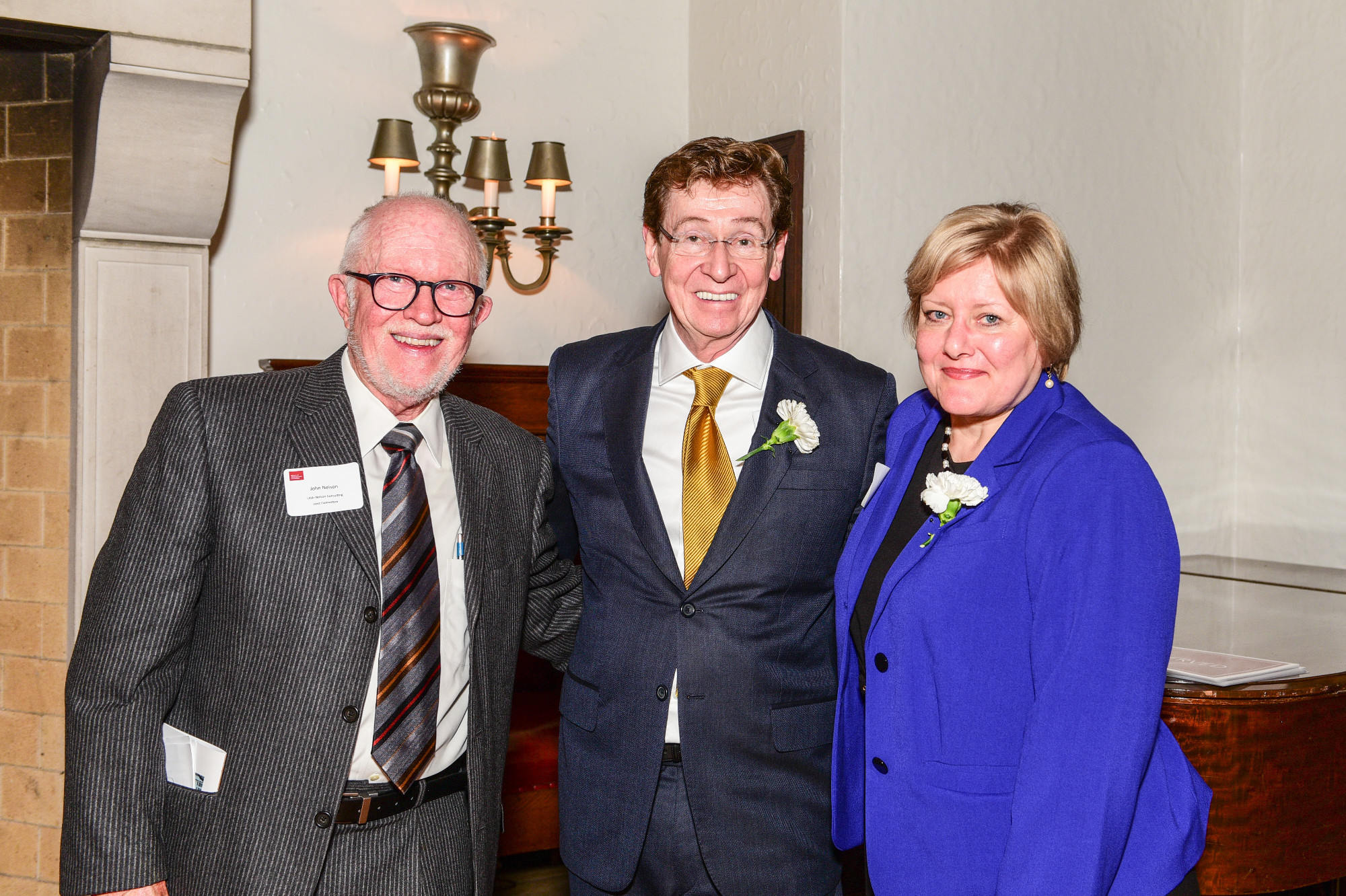 On Friday, November 4, 2016, the Society of Architectural Historians (SAH) held its 7th annual Awards Gala in Chicago. Attended this year by over 180 people, most of whom were members of SAH and the Chicago architecture community, this annual event represents a unique coming together of architectural practice and academic study. Richard H. Driehaus received the Award for Excellence in Architectural Stewardship. In bestowing the award, the SAH Executive Director Pauline Saliga noted,

Few individuals have made as indelible a mark on Chicago and the world of historic architecture as has Richard H. Driehaus. As a supporter of the architecture community, whether it be the creation of the Richard H. Driehaus Prize for Architecture through the University of Notre Dame, working to honor Illinois historic preservation, or founding a magnificent museum of decorative arts, his impact can be termed nothing less than “Historically and Architecturally Significant.” . . . . Tonight we honor Richard’s enduring dedication to the preservation and enhancement of the built and natural environment with the SAH Award for Architectural Stewardship. Chicago would have a very different face without his generous support for more than three decades and counting.