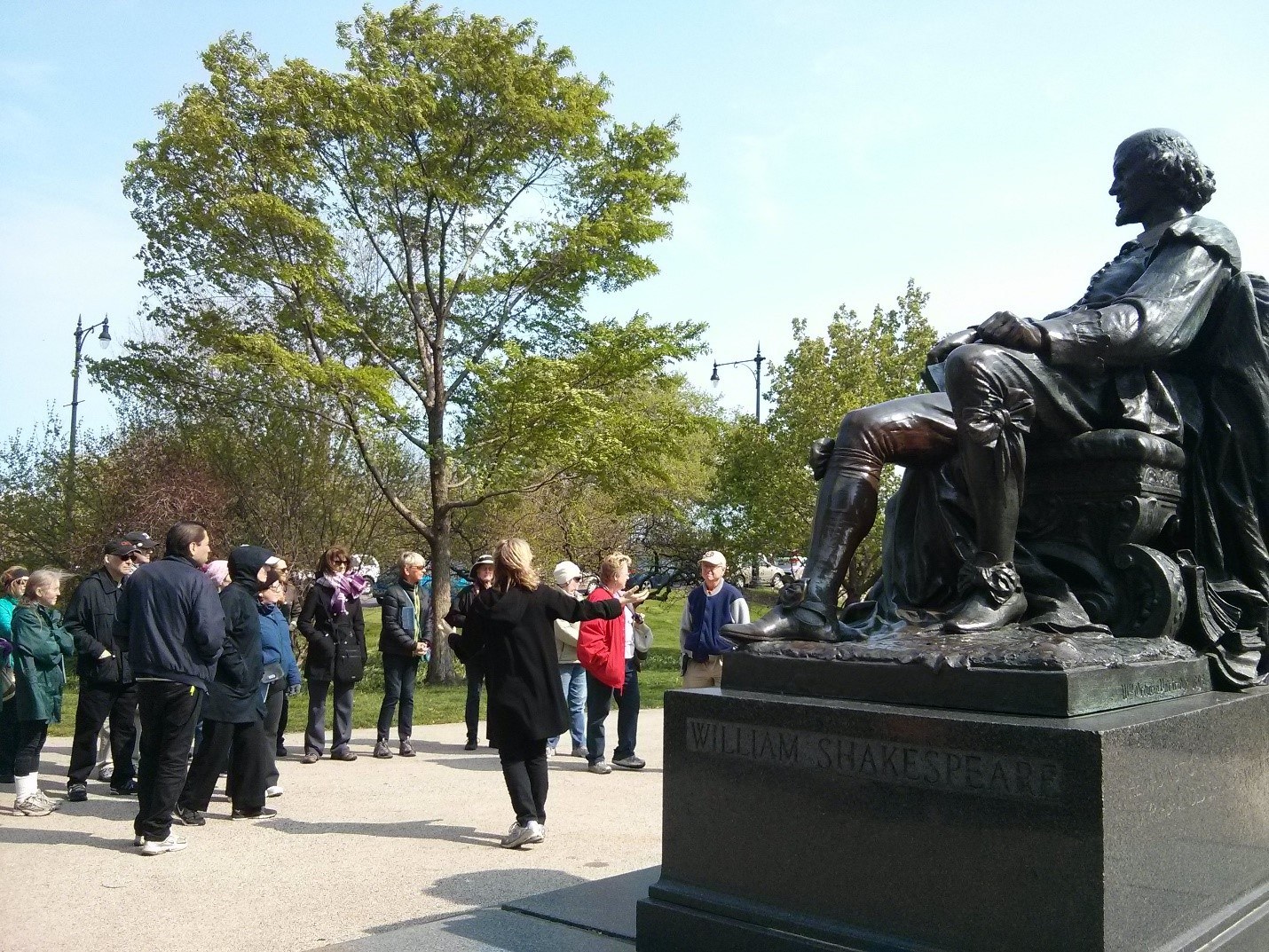 On May 7, 2016, Chicago Park District historian Julia Bachrach took more than 20 people on a walking tour through Lincoln Park where several statues, including William Shakespeare and “Fountain Girl,” magically spoke to them!

The talking statues are part of a free, city-wide project called Statues Stories Chicago, organized by Sing London and funded by The Richard H. Driehaus Foundation, in which more than 30 statues, many of them in parks, are brought to life via technology. By scanning QR codes with your cell phone, the statues will “call” back and tell you what is on their mind. Famous Chicago actors, writers, and theatres teamed up to create the stories and give the statues a voice. (Download a map of the statues here.)

The tour was part of the 2016 Chicago Jane’s Walk program named for urban planner Jane Jacobs. Jacobs would have been 100 years old this year and the tours, which happen in more than 189 cities in 36 countries, honor Jacob’s theories about urban renewal and the importance of walkable cities. All tours free. The 2016 Chicago Jane’s Walk was organized by Friends of Downtown, a grantee of The Richard H. Driehaus Foundation.