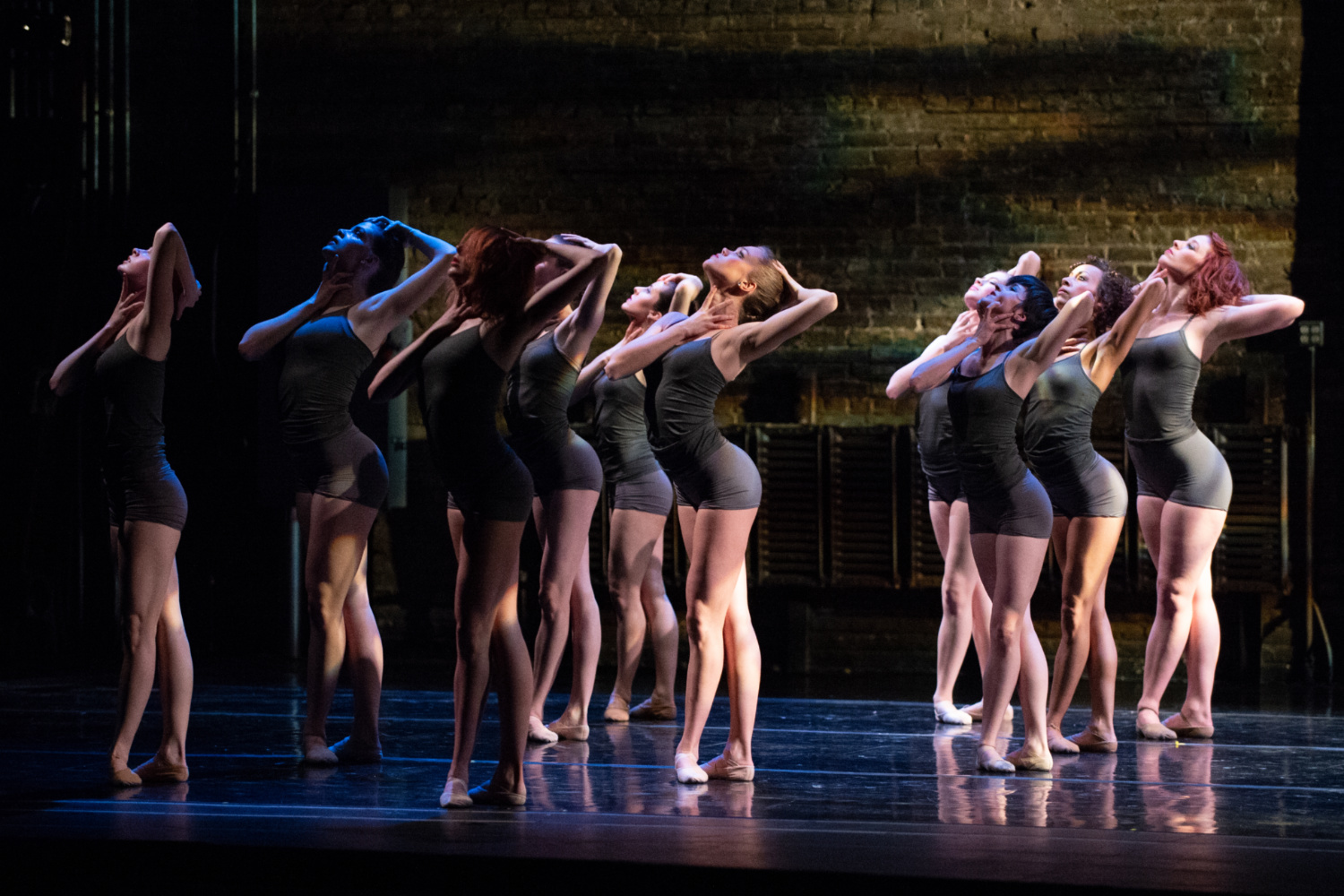 We are pleased to announce grants totaling $843,000 over three years to Chicago arts and culture organizations. These grants are made in partnership with The John D. and Catherine T. MacArthur Foundation through the MacArthur Funds for Arts and Culture at The Richard H. Driehaus Foundation. The January MacArthur-Driehaus grant cycle supports organizations with budgets under $150,000 that serve Chicago audiences and includes a broad range of artistic disciplines.

During the review process, the Foundation made several observations about sector trends. For example, many MacArthur-Driehaus grantees are emerging groups in the early stages of building a nonprofit organization. Key staff are often young volunteers devoted to their artistic vision and tireless in their efforts to enhance their administrative skills. Much of the vitality of Chicago’s art scene is dependent on these dedicated individuals—artists, actors, musicians, and writers—who frequently have demanding “day jobs” as well.

This observation reaffirms our commitment to providing additional, capacity-building opportunities to augment general operating grants. The Foundation continues to offer Professional Development Grants to help key staff build skills in nonprofit management and to enhance their artistic practice. In addition, we continue to provide no-cost training opportunities to MacArthur-Driehaus grantees on topics such as Financial Management, Board Development, and Arts Marketing. These grants further assist Chicago’s nonprofit arts leaders in building resilient organizations that are essential to the cultural life of the city.

A complete list of general operating grant recipients and links to their organizations are below.

Congratulations to the grantees in the January 2018 MacArthur-Driehaus grant cycle!

6018North is an arts venue located in a repurposed mansion in Edgewater. As part of Art Design Chicago, 6018North will create a multidisciplinary exhibition to showcase Chicago's immigrant artists.

The Agency Theater Collective creates immersive, interactive theatrical experiences, inviting the audience to embrace their collective agency in the process. 2018 productions include Tres Bandidos by Cody Lucas, in addition to its weekly variety show No Shame, which runs late-night 52 weeks a year.

Akvavit strives to find the universal through the voices of the Nordic world. Akvavit works with contemporary Nordic playwrights on new translations of their work. Upcoming productions include Hitler on the Roof at Theatre on the Lake.

Antibody Corporation makes work between and among choreography, music, visual art, media, performance, and language. The organization produces exhibitions and shows in the Midwest and Europe and facilitates U.S. engagements for foreign artists.

Association for the Advancement of Creative Musicians (AACM)

Established in 1965, AACM is an African American membership organization comprised of musicians and composers primarily from the south side of Chicago. Programming includes a monthly concert series, free concerts in the parks, and a free music education program.

AstonRep produces high-quality theatre that enlightens, entertains, and inspires the audience to open conversation once the performance is over. Its shows present timely work in an intimate setting and share a close, powerful experience with the audience.

Bella Voce is an ensemble that brings to life a broad range of choral music. Next season will feature the Chicago premiere of the contemporary oratorio “Lost Objects” with a large baroque orchestra, an annual production of Handel’s Messiah, and a female ensemble performing works by Anonymous 4.

The 65-member Chicago Chorale performs choral masterworks of the 16th-20th centuries in environments for which the music was composed. CC will present a concert at Ravinia in December 2018, Bach's "St John Passion" in March 2019, and a concert of the "Rautavaara Viglia" in June 2019.

Chicago Collections is a consortium of libraries, museums and institutions with archives that share, promote and preserve Chicago culture and history. CCC’s portal, EXPLORE, provides free open access to a database of photographs and archives from Chicago-focused collections.

Chicago Dance History Project investigates, preserves, and presents the histories of theatrical dance in Chicago. The archive will contain original and collected research that examines how Chicago has shaped dance — and dance has shaped Chicago — throughout the 20th century and into the present.

Chicago Folks Operetta presents music from Viennese and American operettas from the early 20th century. It will perform Kálmán's operetta The Csárdás Princess, Lehár's Peter and Paul in the Land of Nod, and two multimedia concerts of composers who were silenced by the Third Reich.

CIMMFest creates events to celebrate music of all genres through movies, live performance, and innovative combinations of the two, in order to reveal the power of music to foster creativity and communication, educate, enlighten, and entertain.

With 45 years of experience in dance presenting and instruction, Chicago Moving Company is a local leader in contemporary and modern dance. Its stewardship of the Hamlin Park Fieldhouse Theater supports one of the most active and vital hubs for dance activity in Chicago.

Civitas Ensemble is a chamber music ensemble with a threefold mission: to present engaging live performances of new and traditional works; to inspire a young generation of classical musicians; and to bring the healing power of music to those with limited access to live performances.

Comfort Station is a micro-cultural center in the Logan Square neighborhood that hosts arts and culture happenings for free and is open to the public. Curators bring established and emerging artists in: visual art, music, literature, and film.

Concert Dance is artist-in-residence at the Ruth Page Center for the Arts. Concert Dance will create a new series of dances inspired by early work of Ruth Page, which is supported by the Poetry Foundation and will have its world premiere at the Ravinia Festival.

Corn Productions is a storefront company dedicated to cultivating new audiences by providing original theater at a reasonable price, with a focus on sketch comedy and popular-culture-inspired shows.

Edgar Miller Legacy is a nonprofit organization formed to educate the public and inspire academic work about the work of painter, sculptor, woodcarver, and stained-glass designer, Edgar Miller, who worked in Chicago from the 1920s through the 1960s.

Plans for the company’s 11th year include a combination of classes and workshops, festival performances, and developing a large-scale story ballet called Atlantis.

The Factory Theater is committed to forging original, genre-based, full-tilt plays, penned by ensemble members, honed by peers, and presented without irony or pretension at The Factory's home in Rogers Park.

Hell In A Handbag Productions

Hell in a Handbag is dedicated to the “the art of camp” through parody, music, and homage. The 16th season includes “L’Imitation of Life,” “The Golden Girls: The Lost Episodes, Vol. 2,” and “The Artificial Jungle” by Charles Ludlam.

Honey Pot Performance combines dance, theater, and spoken word to explore “identity, belonging, and difference” from the perspective of African American women. A grant from the National Endowment for the Humanities supports an archival project about African American social culture in Chicago.

Idle Muse is committed to transporting its audience to the world of daydreams, creating work that is “transporting, timely, and true.” 2018-19 productions include Barbara Lhota and its annual Athena Festival of new plays by women.

Interrobang (named for the punctuation mark “?!”) builds and encourages a new generation of theatergoers through provocative, challenging and engaging plays that have not been seen recently in Chicago.

Jackalope produces three mainstage shows per season at the Broadway Armory and a program series at the company’s storefront venue in Edgewater called The Frontier. The current season includes “1980 (Or Why I'm Voting for John Anderson),” “Franklinland,” and “The Light Fantastic” by Ike Holter.

MAKE promotes contemporary literary writing, translation, and visual art through a biannual print and electronic publication, MAKE: A Literary Magazine, and an annual Lit & Luz Festival of Language, Literature, and Art, held in both Chicago and Mexico City.

Mandala’s year-long exchange with Sri Lankan artists called "Masks and Myths" will shed light on the history and art forms of colonized nations commemorating the 125th anniversary of the 1893 Chicago World’s Fair.

Molly Shanahan/Mad Shak is a Chicago-born and based dance company that uses dance to challenge society's norms about who is a dancer and how a dancer should move. A new evening-length ensemble work premieres at The Dance Center in 2018.

Mordine & Company is preparing for its 50th Anniversary in 2019. The company will perform COLLISIONS depicting a "collision of cultures" between Mordine and Chicago-based street dance company, BraveSoul.

The New Colony is an ensemble of artists in residence at The Den that presents a season of plays developed for and by the ensemble using a collaborative workshop method. "The Light" by Loy Webb recently closed and The New Colony is currently planning its 2018-19 season.

Nothing Without a Company

Nothing Without a Company brings both new and well-loved theatre works to the Chicago community in non-traditional spaces. Its immersive, site specific works allow for audience engagement and contact and participation with the surrounding community.

The Plagiarists steal from literature, visual art, history, and culture at large to create new theater that finds the familiar in the strange, the unique in the commonplace, and enlarges the world. In the 2018-19 season, they will present Kim Dale's "Endeavormind" and Gregory Peters' "Munsterspiel."

Promethean Theatre Ensemble fuses “simplicity of design with intelligent, passionate storytelling.” An expanded three-show season features Marisol by José Rivera, The Madwoman of Chaillot by Jean Giraudoux, and Bliss (Or Emily Post is Dead!), a new play by Jami Brandli.

RE|Dance Group, in residence at Gompers Park, will celebrate its tenth anniversary season in 2019. Its works seek to “examine the many facets of personal, intimate, human relationships” and are often presented as evening-length performances.

Red Theater produces a three-play season of new and reimagined works that broaden perspectives and inspire dialogue. It lowers the barriers of access for performers and audiences through numerous initiatives. Next season will see productions of True West, Oak Tree and Non-Player Character.

Rembrandt is a six-member chamber music ensemble that presents an annual series of performances in Chicago and Evanston; an annual High School Chamber Music Competition; and a number of educational outreach initiatives in Chicago schools.

Rough House Theater Company uses puppetry combined with music and human performance to tell stories that are intimate, strange, and sincere. It produces full-length programs, presentations of work by other puppet artists, and classes that train new puppet artists.

Same Planet Performance Project is Albany Park's first and only professional contemporary dance company. This season the company debuts "Lie Through My Skin" and a collaboration with 2nd Story.

South Side Projections presents films across Chicago’s south side to foster conversation about social and cultural issues. Screenings about the Black Arts Movement will coincide with Art Design Chicago in 2018.

Led by women artists since 2005, The Space Movement Project is both a performance ensemble and a small dance service organization, fostering and facilitating domestic touring opportunities through its new GRUNT (Grassroots U.S. National Touring) program.

Synapse Arts creates, performs, and educates to nurture individual identities and challenge social norms by engaging artists and audiences in the making of dance-theater. Their new work, "Light Hand" will premiere in 2018 and they will excerpt this work in festivals throughout the Midwest.

Third Eye Theatre Ensemble brings affordable opera to the public. The company performs new or rarely performed works that stimulate conversations about social justice and human rights. In 2018 it will present fully staged "Patience and Sarah" and a concert of female composed operatic selections.

Underscore is an ensemble of artists dedicated to creating new, original musical theatre in Chicago. In spring of 2018, Underscore will remount their hit show, "Haymarket," and in the fall of 2018 debut a new work, "The Ballad of Lefty and Crabbe."

Zephyr Dance creates movement landscapes that challenge the public's idea of dance in concerts, open rehearsals, and lecture demonstrations. New work will premiere at SITE/less in May 2018 and Dance for the Camera Festival in Fall, 2018. Zephyr also teaches dance in afterschool programs.