Grantmakers in the Arts: Putting Values Into Practice 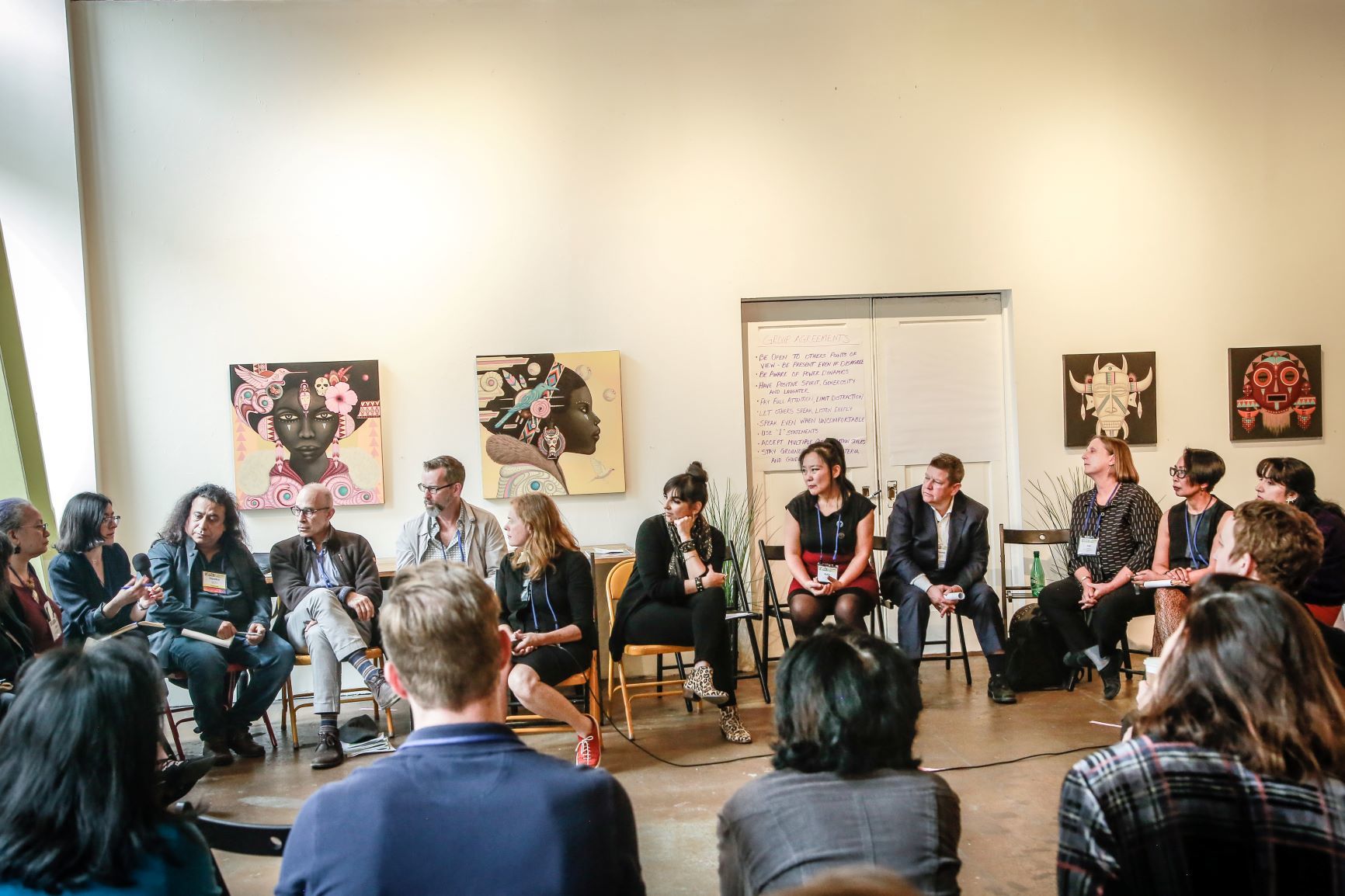 Exploring a passionate and complex creative community like Oakland, California, is what one might expect from Grantmakers in the Arts’ (GIA) annual conference. But the GIA conference in October 2018 also turned out to be a surprising opportunity to put values into practice.

GIA’s core tenets include racial equity and social justice, and it has provided outstanding leadership in thinking and action around these thorny issues in recent years. Little did this national network of arts funders know, however, the extent to which its own and its members’ values would be tested in Oakland.

The event was scheduled to take place at Oakland Marriott City Center. Marriot International hotel employees in several U.S. cities went on strike in the fall, including Oakland. As the conference drew nearer and strikers held strong, GIA faced the difficult choice to proceed as planned, crossing a growing picket line, or to stand with the striking workers in principle by giving its conference attendees an alternative to crossing the picket line. Either option meant sure financial setbacks, intense communications management, and other daunting complications. But only one option reflected the values of GIA.

Working against the clock and deluged with logistical considerations, the conference team accomplished the gargantuan task of finding new venues – 11 in all – for every session originally scheduled at the Marriot. (Each new location was within walking or rolling distance from one another in downtown Oakland.) The indomitable GIA team, deeply committed local partners, generous downtown cultural and civic spaces, spirited volunteers, and thoughtful, patient, enthusiastic conference-goers rallied together to make it all work.

It is worth noting that GIA spotlights visual artists, performers, writers, and other creatives from the host city at each annual conference. GIA not only compensates these folks for their time and expertise, but also makes that practice public by stating so in its “Conference Guiding Principles and Practices.” Earning a living wage can be immensely challenging for even highly-regarded creatives. Marriot employees were fighting a similar fight in Oakland. (They were on strike here in Chicago, too).

In an email shortly before the conference, GIA wrote, “We apologize that this year’s conference is not as comfortable as past conferences. Sticking to our values is seldom convenient, which is why people don’t always do it.” For the Driehaus Foundation, “not as comfortable” meant really seeing, really hearing, and drinking in downtown Oakland rather than occasionally gazing at it from a hotel window. It meant being in creative and civic spaces that captured the imagination. It meant being more purposeful than comfortable – not that anything was uncomfortable. Most importantly, it meant walking-the-walking; one of the Driehaus Foundation’s four grantmaking areas is supporting low-wage workers as they work towards economic security.

Bravo, Grantmakers in the Arts. Thank you for inviting the Driehaus Foundation and hundreds of others at the conference to put our values into practice.