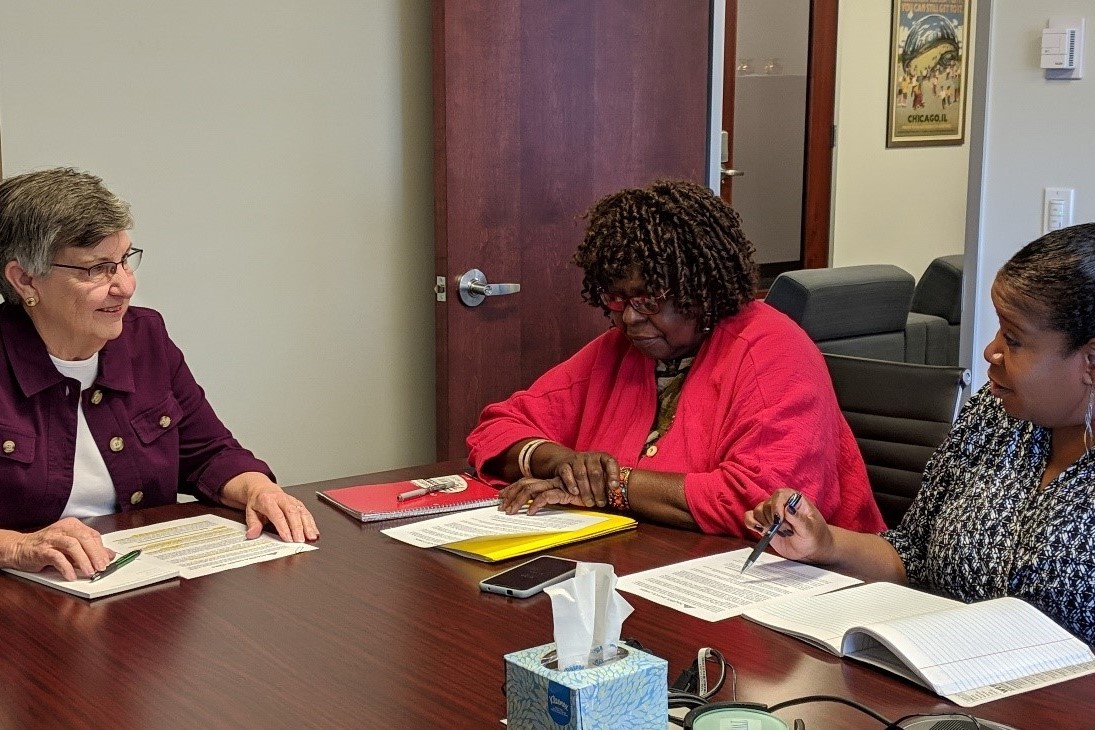 This year marks the Driehaus Foundation’s fifth annual Training Series for grantees of the MacArthur Funds for Arts and Culture at the Richard H. Driehaus Foundation. As the 2018 series was winding down, the foundation surveyed MacArthur-Driehaus grantees about which capacity building areas they would most like to see as the next series topic. More than 85% identified individual donor fundraising as one of their top three choices.

In spring and summer 2019, the Driehaus Foundation partnered with the fundraising firm Ter Molen Watkins & Brandt (TWB) to deliver two four-hour workshops and two one-on-one coaching sessions on individual donor fundraising for 30 MacArthur-Driehaus grantees. The sequential workshops covered topics such as how to identify prospective donors and asking for a gift, among many other areas. Individual coaching session content was highly customized and driven by the needs and interests of each participant. TWB also offered wealth screening to each participating grantee for up to 200 records. (Wealth screening helps an organization determine current and potential donors’ capacities to give. It identifies key indicators of wealth such as real estate ownership, other types of assets, and business affiliations.)

One participant reported, “This program lit a fire under [our individual donor] effort, so to speak, and got us motivated to think about our donors and our prospective donors systematically. It gave us a great basis to start important conversations with our board about their role in individual fundraising, with the authority of TWB and Driehaus behind it, and this has led to one board member volunteering to join the Development committee, and others expressing their interest in learning how they can engage more deeply in fundraising.”

Another said, “It was the best professional development workshop that we’ve attended in a long time. Being in the sessions with other similar organizations gave us a rare opportunity to learn from each other. The individual [coaching] gave us a level of feedback and guidance that we would not have gotten otherwise.”

All three components of the training series—workshops, coaching, and wealth screening—were free of charge.