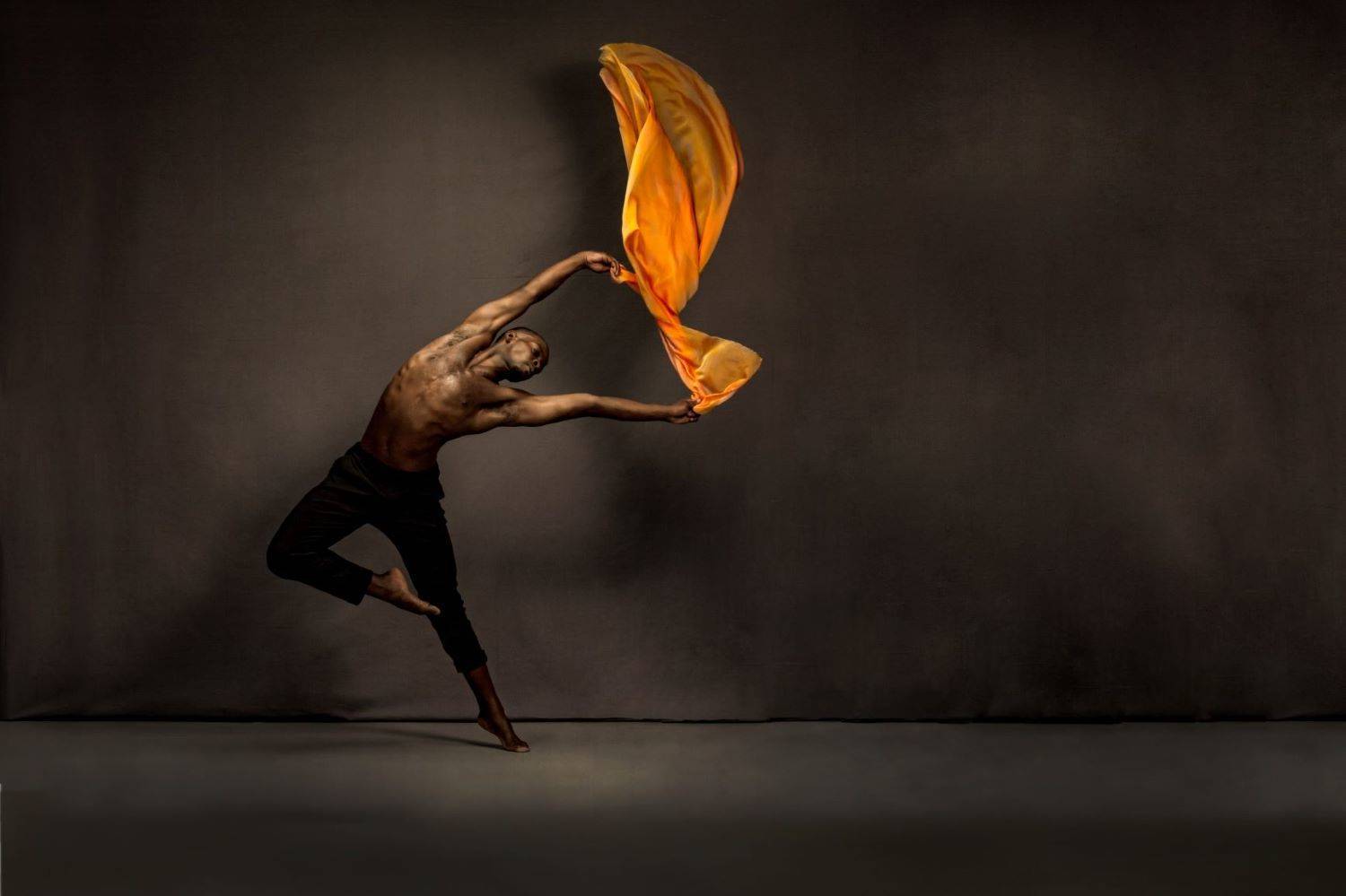 The Driehaus Foundation is pleased to announce more than $2.3 million in new general operating grants to support 110 Chicago arts and culture organizations.

These grants are made in partnership with The John D. and Catherine T. MacArthur Foundation through the MacArthur Funds for Culture, Equity, and the Arts at the Richard H. Driehaus Foundation. Since 2000, the MacArthur Funds have supported Chicago's small and midsize organizations working across disciplines including music, theater, dance, visual arts, and literary arts.

We send our congratulations to this year's grantees.

6018NORTH – $16,000 over 2 years
6018North is an artist‐centered platform and dynamic venue for socially-progressive thinking that challenges “what art is, whom it’s for, and where and how it’s created.”

Akvavit Theatre – $8,000 over 2 years
Akvavit is the only U.S. theater company devoted to contemporary Nordic theater, and is a unique, refreshing presence in Chicago storefront theater.

Antibody Dance – $2,000
Antibody Corporation remains, in its eleventh year, among the most unique and internationally visible of Chicago’s small performing-arts organizations.

Artemisia - A Chicago Theatre – $4,000
Artemisia Theatre fills a distinctive niche in Chicago with its emphasis on new feminist plays written by women and by providing women artists with opportunities to take leadership roles and have their plays performed.

Asian Pop-Up Cinema – $6,000
Asian Pop-Up Cinema was established in 2015 to fill a niche in Chicago for high-quality contemporary films from the many countries of Asia, to help Chicago audiences learn about life and filmmaking in this diverse and important part of the world.

Bella Voce – $20,000 over 2 years
Founded in 1983, Bella Voce crafts performances that engage audiences in dialogue between early music and music of our time.

beyond this point – $3,000
Beyond This Point is a percussion-based collaborative ensemble that engages audiences across artistic mediums including theater, visual art, movement, installation, media/film, and the environment.

Broken Nose Theatre – $8,000 over 2 years
Broken Nose Theatre, founded in 2012, develops and produces new plays and area premieres. 2017’s production of At The Table brought it to prominence, was remounted and extended twice, won multiple local theatre awards, and made many “best of” lists.

Chicago a cappella – $40,000 over 2 years
Founded in 1993, Chicago a cappella is a creative enterprise devoted to advancing the art and appreciation of singing. It is a premier small classical vocal ensemble, offering intimate performances, innovative programming and musical virtuosity.

Chicago Chamber Choir – $8,000 over 2 years
The Chicago Chamber Choir, now in its 24th season, is a 48-person avocational choir of professional-level singers. The Choir performs in many different neighborhoods throughout Chicago's north side. It has an annual audience of 1500-1800.

Chicago Dance Crash – $20,000 over 2 years
Founded in 2002, Chicago Dance Crash is a "hip hop/contemporary dance company committed to exploring and exploiting the potential of human response and athleticism through live performance."

Chicago Dramatists – $20,000
Founded in 1979, Chicago Dramatists’ is one of five organizations in the country dedicated to new play development. It provides a supportive community for writers and opportunities for exchange and experimentation to develop their work.

Chicago Tap Theatre – $20,000 over 2 years
Chicago Tap Theatre preserves the American indigenous art of tap dance. It offers concerts, classes, and more, and stands apart by adopting a conceptual, narrative, and “emotive approach” to its work and performing exclusively with live music.

Corn Productions – $21,000 over 3 years
Corn Productions is one of Chicago's oldest storefront theaters, with a focus on well-honed sketch comedy and high-concept parody shows.

DanceWorks Chicago, Inc. NFP – $57,000 over 3 years
DanceWorks Chicago is a professional training ground, creative lab, and performing company for early career dancers. Ruth Page Center for the Arts is its home base, though DWC tours locally, nationally, and internationally.

Eighth Blackbird – $20,000
Eighth Blackbird’s mission is to move music forward through innovative aesthetics, generating new work, and a legacy of mentoring emerging artists, all blending to make artistic experiences collaborative and community building for all constituents.

The Factory Theater Company – $18,000 over 2 years
The Factory Theater’s mission is to deliver unexpected, unpretentious, entertaining theatrical experiences through original works written by members of its 32-person ensemble.

Fulcrum Point New Music Project – $18,000
Fulcrum Point is one of the longest standing contemporary music ensembles in Chicago and takes a leadership role in presenting and promoting new music in the city.

Haven Theatre Company – $10,000
Haven Theatre’s mission is Next Generation, New Canon, Social Profit. It exists to champion early career playwrights, directors and actors by producing and promoting plays and performances that help to define the future of the theatre arts.

Her Story Theater – $3,000
Her Story Theater is a theater for social change; its prime focus is Chicago, its people and issues that target women and children. Productions alert the public to the dangers of sex trafficking and all forms of prejudice.

High Concept Labs – $20,000 over 2 years
High Concept Labs is the only organization in Chicago that provides free studio space, marketing, and documentation, and offers curated critiques and in-progress showings.

Hot Crowd – $6,000 over 2 years
Hot Crowd, based in Chicago and launched in November 2017, is a contemporary dance company with ambitious goals to attract new audiences to dance, and to represent the city through national and international touring engagements.

HotHouse – $14,000
For 33 years, HotHouse has produced events that feature high-caliber artistic practices, extend resources into underserved communities, and foster the international exchange of ideas within the context of progressive social change praxis.

Idle Muse Theatre Company – $3,000
Idle Muse is committed to transporting its audience to the world of daydreams, creating work that is “transporting, timely, and true.”

Kuumba Lynx – $20,000
Kuumba Lynx presents, preserves, and promotes Hip Hop as a tool to reimagine and demonstrate a more just world. It nurtures and celebrates the unique voices of urban youth from communities of color.

Lakeview Orchestra – $3,000
Lakeview Orchestra engages, entertains and educates audiences through symphonic music; provides an opportunity for Chicago area musicians to develop and perform; and strengthens the appreciation and understanding for classical music.

Media Burn Archive – $27,000 over 3 years
Founded in 2003, Media Burn Archive collects, restores, and distributes documentary video created by artists, activists, and community groups. It has preserved and digitized a video collection of 8,000 pieces that are all available free of cost online.

NAJWA Dance Corps – $9,000
NAJWA Dance Corps is devoted to the performance, production, and preservation of dance that reflects the African American experience. In addition to classes and workshops, it anticipates 12 public performances in 2020 for a total audience of 2,300.

The Neo-Futurists – $40,000 over 2 years
Now in its 32nd year, The Neo-Futurists exemplifies the do-it-yourself, ensemble-driven spirit of Chicago theater. It has evolved from a clever, cheeky company to a still scrappy and small but mighty theater institution.

The New Colony – $20,000 over 2 years
The New Colony theatre company is a significant artistic and cultural force developing and producing well-received mainstage productions, side projects, educational directives, festivals and touring opportunities for its growing collaborative.

The Plagiarists – $6,000 over 2 years
The Plagiarists is an ensemble of theatermakers that steal from literature, visual art, history, and the culture at large to create and present work that is funny, engaging, and speaks to the culture we all share.

Prop Thtr – $8,000
Prop Thtr is the oldest surviving off-loop, non-equity theater in Chicago and the second oldest store-front theater. It develops and produces new plays and theatrical work that are experimental, ethical and inclusive.

Shorefront – $15,000 over 3 years
Shorefront collects, preserves, and educates about Black history on the North Shore. It maintains a community archive, presents programs and exhibitions, and produces books, journals, and documentaries.

Sideshow Theatre Company – $51,000 over 3 years
Sideshow produces theater in creative and unexpected ways that harness its audience’s curiosity to explore, analyze, and re-examine their own personal experiences. Its work focuses on social justice and giving voice to those who are less heard.

Soft Cage Films – $9,000 over 2 years
Soft Cage Films was founded in 2012 as a nonprofit to empower filmmakers to produce visually bold documentary and fictional films with strong social justice messages.

Synapse Arts – $24,000 over 3 years
Synapse Arts creates, performs and educates to nurture individual identities and challenge social norms by engaging artists and audiences in the making of dance-theater.

Theatre Y – $20,000 over 2 years
Theatre Y continues to produce inventive, risky, and complex theater with a global perspective that is one-of-a-kind within Chicago companies.

Theo Ubique – $9,000
Theo Ubique is a musical cabaret theater dedicated to engaging artists and audiences in an intimate and honest conversation, using the language of strong stories and powerful performances.

Underscore Theatre Company – $36,000 over 3 years
Underscore Theater Company explores stories of power and resonance to foster the development of new musicals and bolster Chicago’s role as a national leader in musical theatre.

Visceral Dance Chicago NFP – $24,000 over 2 years
Founded in 2013, Visceral Dance is dedicated to a bold and progressive world of movement. It connects artists and audiences, while changing perceptions of dance.

Zephyr Dance Ensemble – $30,000 over 3 years
Zephyr Dance has continually reinvented itself in response to the ever-changing contemporary art landscape. It appears particularly comfortable in its current roles as curator, producer, and experimental dance company.